REKLAM ALANI
Bugün GÜNDEM
0
A+
A-

It started with a meeting at the HQ of the Arab League in Cairo in 2013. Present was the secretary general of The Arab League Dr Nabil Al-Arabi , the second secretary general Dr. Mohammed Altwaijry, the ambassador of Arab culture Mr. Abdullah al Khashramy, various ministers, ambassadors, officials, and businessmen. The First Conference Of The Arab Inventors has been organised by The Arab science club and Dr Henry Abdo CEO of Titanium capital Pte ltd. It was the inaugural meeting of what was to become the Arab inventors company, and it was to be a ground breaking meeting.

For Dr. Henry Abdo, just one item stood atop of the agenda. The Arab failure to take advantage of and make the best of the 100’s of thousands of skilled young people pouring out of universities not only in the Arab World but in top centres of education throughout the world, especially having in mind that we do not lack any human, scientific and economical capabilities. Many of these people have the skills and the intellect to take their people forward. Their inventions, however, inevitably finish up at the bottom of drawers left to rot for ever. Or even worse to be sold to companies in the West for a pittance and then see them sold back for a fortune.

Dr Al-Arabi made it clear that it was time for those with the power to act for the sake of the coming generations. He encouraged all the attendants to Imitate Titanium in its efforts towards supporting the Arab minds in order to develop and produce advanced technologies within the Arab lands and make a positive difference.

The second secretary general Dr. Mohammed Altwaijry stated that it is time to put an end to slogans and now is the time to activate the Arab Patented Innovations by applying and connecting them to the Arab Technology, Economy, and Development.
The agreement that things needed to change jumped on a pace with The President of the Arab Culture and Information Centre and founder of the Arab Science Club Mr Abdullah Alkhashramy stressing the importance of having a consumer led economy. The aim is to become a producer led one , with science as the answer. He expresed gratitude to Titanium Capital for sponsoring the conference and H.E. Dr. Al-Arabi, Dr. Altweijry, Dr. Henry Abdo, Dr. Mohammed Alnaschie, Dr. Ibrahim Fawzi, Dr. Wafaa Amer, Dr. Mostapha Othman, Dr. Mamdouh Saad, Dr. Mahmoud Sami, and others for all their valuable inputs.
The Suggestion
Dr Henry Abdo suggested to build thousands of factories in the 22 member countries. Surely the effort and money could be found to take on turning the thousands of patents registered by Arab entrepreneurs into real live businesses. He then promptly offered to fund 70% of all costs. His one condition was that the company had to be registered outside the Arab World so no one country could claim ownership and to ensure global transparency.
Dr Al-Arabi agreed that the traditional way of public funding in The Arab World had failed and was now outdated
Dr. M. Altweijry confirmed that there is unremitting need for supporting the researches and innovations, and that the Arab countries had to match the effort put into innovation by USA and EU, businessmen and institutions.
The Decision
Creating the company THE ARAB INVENTORS , 44% owned by the Arab World (2% per country) including Golden Shares to be presented to the Arab leaders , 5% public shares, 51% owned by Titanium Capital For investing 70% of the total cost, while 30% of all profits will be split between the inventors, and 70% for The Company.”

The Arab Science Club will be the host and referral body for all the Inventors.
Supporting the Inventors Financially and morally in order to create an economic platform to promote regionally and globally and protecting them according to the governing laws
A relaxation of Government Red Tape to enable the inventors to get on with their work and not be tied up by bureaucracy.
Creating a Centralized Information Platform for the Arab Inventors of the Arab Science Club and to develop the website for them to connect.
Sponsoring the innovative, ingenious, and brilliant minds and achieve the right patenting for them.
Work on issuing new laws and acts that support and protect the Arab innovative Intelligence and retain it locally
Applying a legal consent between The Arab Science Club and The Arab Inventors so that the Club can exclusively promote the inventions in their best economical and scientific formats known globally to insure the best Quality.
Establishing connections with Arabic Universities and Technical Academies and organizing field trips to introduce The Arab Science Club and select competent sponsors who can help ensure that local authorities stick to the decisions of the Arab Summit for Human resources and Development held in Riyadh in 2013.”
To Launch Branches and Offices for the Arab Science Club and The Arab Inventors Company in all the 22 Arab countries.
Establishing a Technical Scientific Committee to evaluate, certify, evaluate, and produce accurate economical feasibility studies.
Building thousands of factories all over the Arab World.
Establishing a Project Control Committee to oversee executing the projects in a timely manner.
Inviting The Arab League in coordination with the Arab Ministries of Education to initiate “The Little Inventor” program book, and include it in the School Educational Programs in order to educate the future generations about the importance of Inventions.
The Actions
Hundreds of meetings were held with the concerned parties all over the World.(2013-2016)
Tens of Thousands of patents were gathered and filtered to pick the Best and most Feasible ones.(2013-2016)
Hundreds of patents were tested and turned into dummy products.(2013- to present.
Hundreds of plans have been drawn up for the future construction of factories(2013- to present.)
The Arab Science Club for Inventors was legally registered in the United States of America and soon in every concerned Country.
-The funds are being set aside by Titanium Capital Pte Ltd for the completion of projects as well as the global marketing budget, in collaboration with The American University of Europe and Titanium Capital LLC
Serious Negotiations were made with Prime Banks to host the company accounts as the expected start up capital is 50 Billion USD. 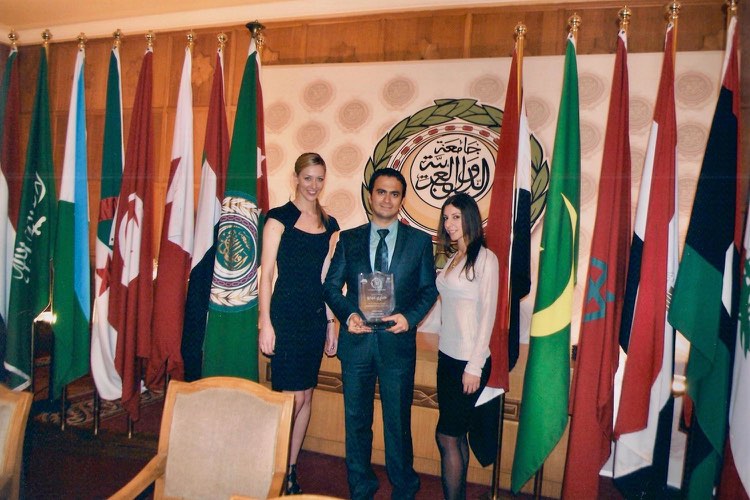