REKLAM ALANI
Bugün GÜNDEM
0
A+
A-

Press Release Regarding the Conclusions Adopted by the European Council on 23-24 June 2022 https://t.co/mVKv2w9NhP pic.twitter.com/t83IDxgxl5

The prejudiced, myopic and erroneous stance on Türkiye in the Conclusions adopted by the European Council held in Brussels on 23-24 June 2022 is regrettable. This yet again is a demonstration of the inability of the EU in breaking the vicious circle on matters related to Türkiye. 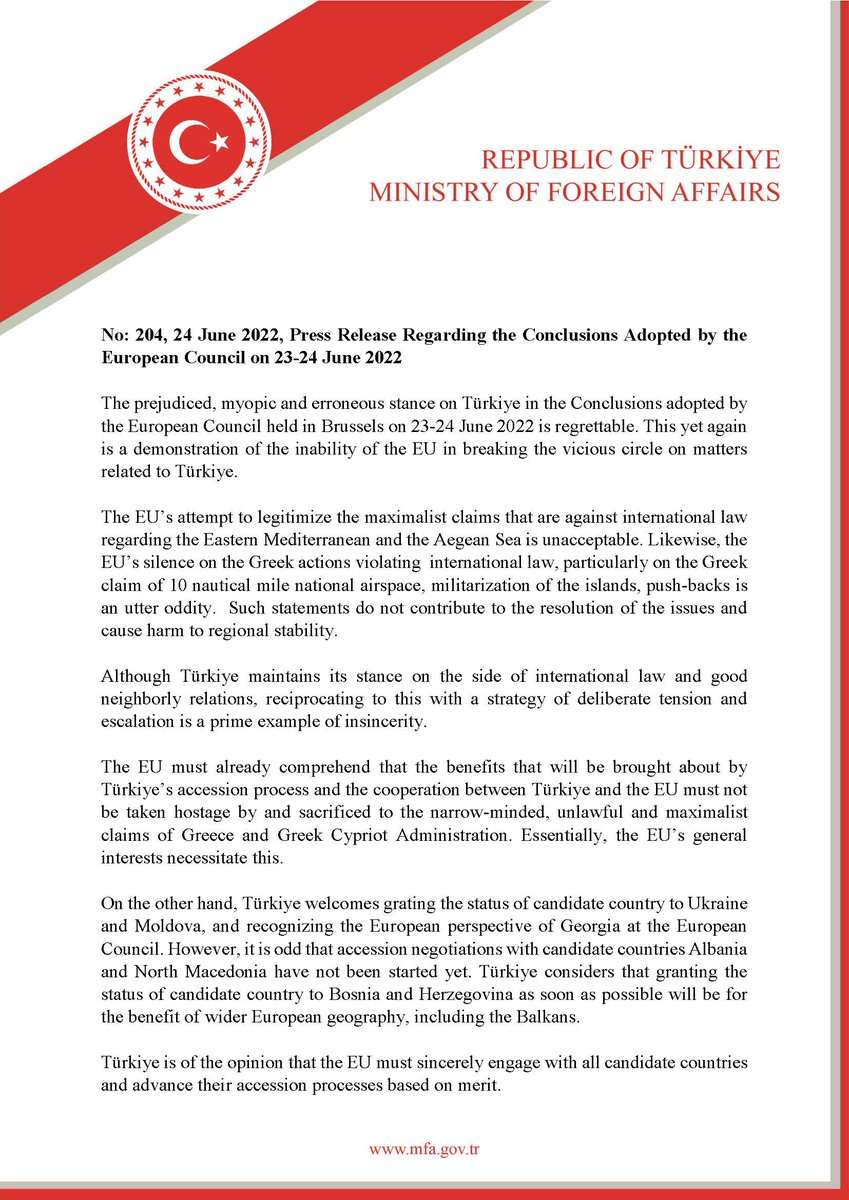 The EU’s attempt to legitimize the maximalist claims that are against international law regarding the Eastern Mediterranean and the Aegean Sea is unacceptable. Likewise, the EU’s silence on the Greek actions violating international law, particularly on the Greek claim of 10 nautical mile national airspace, militarization of the islands, push-backs is an utter oddity. Such statements do not contribute to the resolution of the issues and cause harm to regional stability.

Although Türkiye maintains its stance on the side of international law and good neighborly relations, reciprocating to this with a strategy of deliberate tension and escalation is a prime example of insincerity.

The EU must already comprehend that the benefits that will be brought about by Türkiye’s accession process and the cooperation between Türkiye and the EU must not be taken hostage by and sacrificed to the narrow-minded, unlawful and maximalist claims of Greece and Greek Cypriot Administration. Essentially, the EU’s general interests necessitate this.

Türkiye is of the opinion that the EU must sincerely engage with all candidate countries and advance their accession processes based on merit.

Press Release Regarding the Conclusions Adopted by the European Council on 23-24 June 2022 https://t.co/mVKv2w9NhP pic.twitter.com/t83IDxgxl5